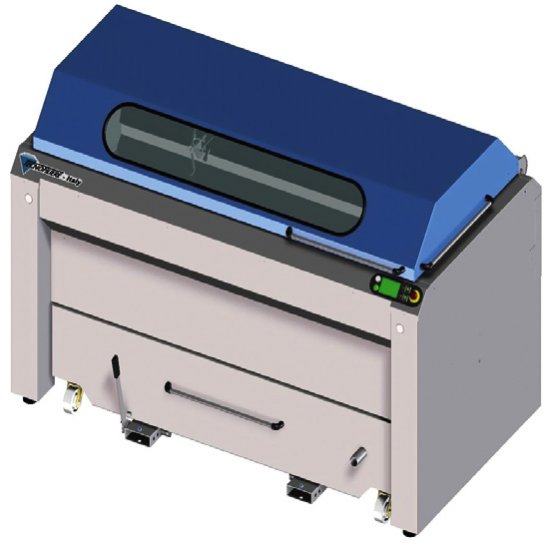 Tecnofiliere
Dernières nouvelles
NEW DIE-WASHING MACHINE TF700
With the aim of offering its customers an increasingly wide range of products tailored to specific needs, Tecnofiliere recently designed and built a new die-washing machine called TF700.
The new model has been simplified with respect to the top-of-the-range TF 1000 EVO FC, and despite its smaller size maintains all the functional characteristics of the previous model. This applies in particular to the fully automatic washing system. In this solution the die is cleaned thoroughly by means of the combined and targeted action of a series of nozzles which spray cold water at a pressure of 150 bar onto the die to completely remove clay deposits. The waste water is collected in a settling tank which can be easily removed and emptied in the quarry by means of a lift truck. Tank tilting is controlled by two oleodinamic cylinders which slow down its movement.